Skip to content
People have now compared over 20,000 different combinations of cameras at http://snapsort.com!
We’ve been keeping track of which cameras get compared the most often, as seen on snapsort’s homepage. This weekend I spent some time trying to use this data to visualize cameras and their relationships to one another, the premise being that if two cameras are compared to each other a lot they’re likely very similar.
Here are two pictures of all of the DSLRs from the last two years, and their relationships to each other based on comparisons made at http://snapsort.com
Low res without labels: 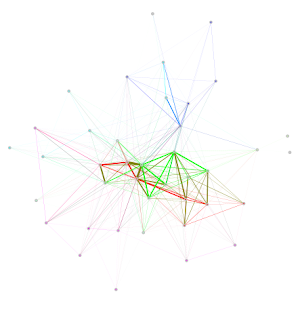 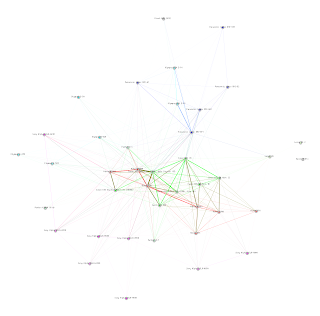 Interpretation
How these were made